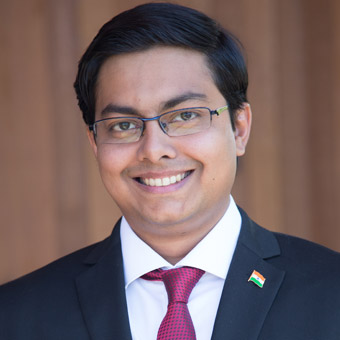 CAC Conclave: A Platform to Advance the Discourse on Safe and Legal Abortion in India

India legalized abortion almost half a century ago in 1971, however, the availability, access and awareness around it is extremely low. Abortion is unarguably not just a medical procedure but is an issue intertwined with socio-politico-legal aspects. From a public health perspective, safe abortion is of paramount importance considering ‘unsafe abortions’ remain one of the leading preventable causes of maternal mortality.  However, even today ten women die as a result of unsafe abortion related causes every day and thousands more suffer life-long morbidities. Comprehensive Abortion Care (CAC) refers to a holistic healthcare approach towards abortion, providing adequate pre, during and post procedure services. Ipas Development Foundation, a leading organization in India is working relentlessly on the issue of CAC. IDF organized CAC conclave in New Delhi on 10th and 11th of July 2017. I attended it as a representative of The YP Foundation and it was an enriching experience to say the least.

The conclave brought together a wide range of important stakeholders including academicians, researchers, abortion providers, healthcare workers, lawyers, journalists, government and NGO representatives. It was heartening to see a youth leader being a panelist. During the two-day event, there were range of pertinent discussions on spreading awareness on abortion issues, expanding the potential of medical abortion, reducing unwanted pregnancies, conflation and dissonance of laws relating to abortion, successes and challenges of abortion providers. These discussions were supplemented with interesting poster presentations by various stakeholders from across the country where few young public health students too showcased their work on a nuanced analysis of The Medical Termination of Pregnancy Act,1971.

As a youth advocate on SRHR issues especially safe abortion, I thoroughly enjoyed being a part of the conclave. Safe and legal abortion though an integral part of SRHR, often does not get adequate precedence and in socio-cultural environment where SRHR itself is rarely discussed, having a platform which brings abortion to the spotlight is a matter of great excitement to me. Being in few international spaces, I have observed the issue of abortion globally is quite polarizing and often comes with strong religious impositions. For example, in the recently concluded 71st World Health Assembly, two-member states vehemently opposed and condemned WHO and other UN agencies for promoting abortion services and considering as part of reproductive health services. In most parts of Africa, Latin America and few countries in Asia have highly restrictive abortion laws, here the influence of religious leaders on the issue of abortion is immense and therefore working engaging and working with is imperative. Thus, one can say the roots and manifestation of abortion stigma has a certain pattern.

The Indian context is quite different. India has a liberal abortion law however, the societal stigma here stems mostly from moralistic concerns and ignorance about the need, safety and even legality of the procedure. Misdirected campaigns under anti-sex determination law often unintentionally hampers access to safe abortion services. All these factors interplay with an underfunded public health system and an unregulated private health sector (including untrained providers) in creating unique challenges in providing safe and legal abortion services. Thus, the conclave’s multi-faceted approach of broaching the issue is the need of the hour and effective in engaging diverse range of stakeholders as well as strategic to invoke the need of strong synergies across sectors to advance abortion rights.

I am eagerly waiting for the next CAC conclave which I sincerely believe would boost enthusiasm among all relevant stakeholders to keep promoting and ensuring safe and legal abortion with a rights-based approach. Meaningful youth engagement in the pre, during and follow-up phases of the conclave would be instrumental in incorporating their voices and experiences in shaping the discourse around abortion.

Hope this initiative by Ipas Development Foundation garners an ever-increasing support through wider and inclusive participation and outreach.

Dr. Souvik Pyne is a passionate youth advocate on sexual and reproductive health and rights especially safe abortion. Souvik is currently working as Advocacy Officer at The YP Foundation. He holds a Master’s degree in Public Health and is a graduate in Dentistry. He is also a special invitee to the Steering Committee of CommonHealth (Coalition for Maternal-Neonatal Health and Safe Abortion), Youth Champion of Asia Safe Abortion Partnership (ASAP), member of International Planned Parenthood Federation (IPPF) Youth Advisory Group (YAG) on abortion stigma, member of International Network for the Reduction of Abortion Discrimination and Stigma (inroads), member of International Campaign for Women’s Right to Safe Abortion. He is also, the advocacy lead for India under AY constituency of PMNCH and represents his organisation as one of the Global Focal Points on SDG 5 under UN Major Group for Children and Youth (UN MGCY).