Dr. Asha Bajpai, Professor, TISS, made a compelling presentation at the Second CAC Conclave titled ‘Expanding the Discourse on Comprehensive Abortion Care (CAC) in India’, on July 10 -11, 2017 in New Delhi on Abortion Rights of women with Vulnerabilities.

Her presentation focussed on the fact that in practice, legal provisions allowing abortion are often not implemented even if women meet the criteria imposed by the law for abortion especially for vulnerable women. Infact, interpretation of the MTP Act, 1971, has reflected the law’s failure to treat vulnerable pregnant women, as persons capable of taking responsible decisions concerning their fertility and whether to undergo an abortion or not. Several insensitive practices and rules, procedures act as barriers. The presentation included, minor and adolescent rape survivors, women in prisons, disabled women, HIV affected and infected women, women on streets, women in shelter homes and destitute women. Several practices, case studies and some recent Court decisions dealing with these vulnerable women and young adolescents were discussed. There appeared to be no predictable pattern of cases adjudicated neither any set standards. The illustrations demonstrated how the failure to clarify the law and to recognize abortion as a woman’s right leads to discrimination. The medical professional’s government’s and courts’ approach further marginalizes women by disempowering them. Laws, procedures, practices that deny vulnerable women access to abortion and their ability to make decisions surrounding abortion are a form of gender discrimination. The layers of vulnerability lead to a lot of trauma and warrant a more sensitive approach from the medical profession the Courts and the Government. The presentation concluded with recommendations for law and policy reform, need for setting standard policy guidelines and non-negotiable for prisons, courts, institutions, hospitals, shelter homes, keeping the vulnerabilities of these women in mind and their context.

The CAC Conclave brought together medical professionals, field practitioners, academic researchers, legal advocates together and their rich multi-disciplinary inputs in health system, legal, juridical, and socio-cultural realities surrounding the existing law and policy. This evidence-based inputs further strengthened my arguments for law and policy reform. The Conclave has the potential to build a critical mass of support, and work together with legal experts, parliamentarians, health professionals, and women themselves to change the law and policy —so that everyone with an unwanted pregnancy who seeks an abortion can have it, as early as possible and as late as necessary – without any barriers. I look forward to continued engagement with IDF and CAC Conclave forum for strengthening linkages for field implementation and academic institutions. 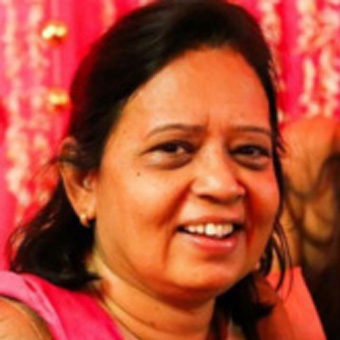 Dr. Asha Bajpai is a Professor of Law and founder Dean of School of Law at the Tata Institute of Social Sciences, Mumbai. She is a PhD in law and has been involved in, teaching, research, training and legislative reform, for more than three decades.